Are you a Austin guru? Be heard and share your experiences by becoming an 512area.com Contributor.Learn More!

Are you a local in the Austin area? Join your community and Get Connected with others in your area.Join FREE! 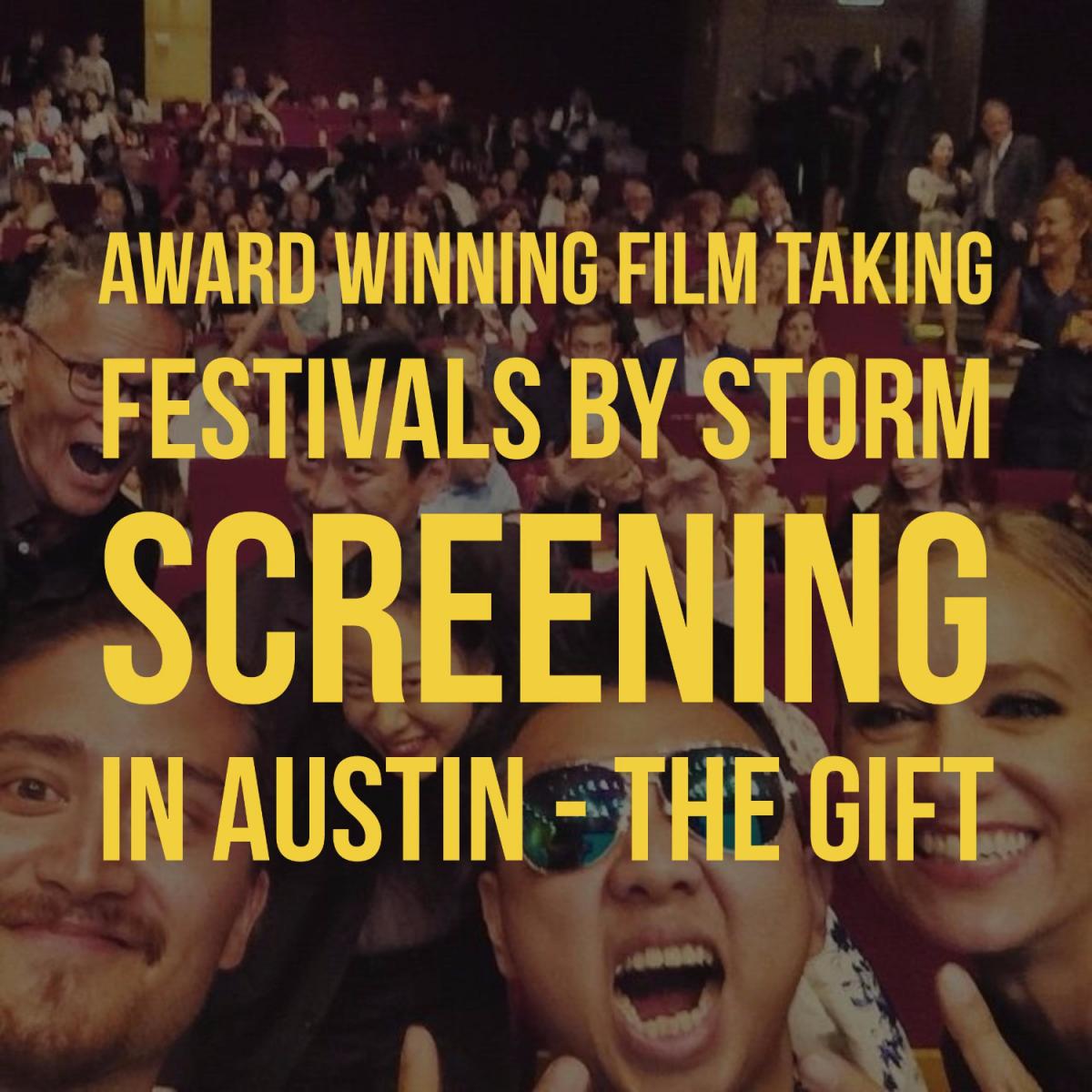 With the Austin Revolution Film Festival set to kick off this Tuesday, September 20th, the anticipation for a slate of exciting and diverse cinematic offerings begins to grow. While many stellar features from established veterans and young renegades alike showcase the very best the indie world has to offer, it is the short films that often have the power to steal the show; the bounty of independently produced shorts appearing at this year’s Austin Revolution Film Festival are no exception.

Short films are often hailed as a calling card for up-and-coming filmmakers because while features are grueling and complex technical endeavors, short films demand thematic and textual excellence condensed into a fraction of a feature’s runtime. While she’s no newcomer to the many facets of the film industry, director Lisa Belcher is nonetheless poised to make a splash Friday, September 23rd at 6:00 p.m. with her latest short, The Gift, playing the Austin Revolution Film Festival.

The engine that powers a successful short film is, quite simply, one artist’s vision and the wherewithal to see it through to realization. It should come as no surprise, then, that most memorable short film directors are often exposed as meticulous workaholics with the ability to focus on a million tiny details without losing the big picture. Lisa Belcher is one such intrepid soul.
Lisa was born and raised in sunny California, fascinated by film from an early age at the behest of her parents, Belcher obtained a business degree eventually beginning her own videography service. But Lisa Belcher wanted more. Her path to destiny was twofold, starting with a stint studying screenwriting via Jill Chamberlain’s Screenplay Workshop wherein Belcher began to learn the nuances of bringing a story to life onscreen. The second twist in the road manifested as a 2012 move to Hong Kong, providing endless cinematic opportunities in writing, acting, and working on several high profile productions. Finally empowered by Hong Kong’s diverse and thriving film-friendly infrastructure, Belcher merely needed an idea to strike a spark. 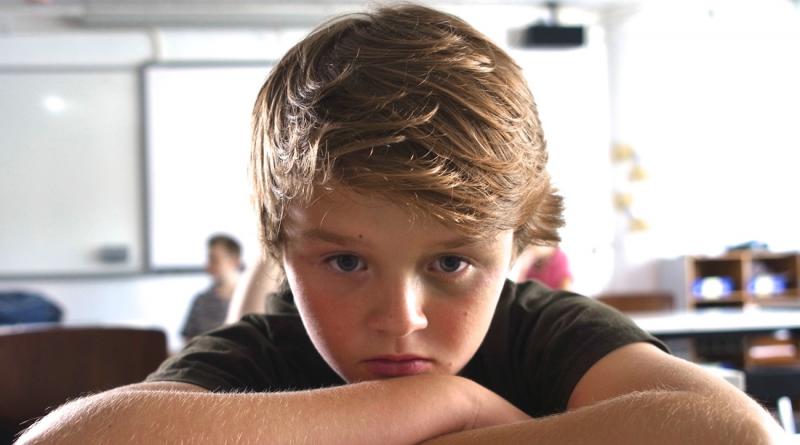 Based on a 2004 short story by her brother, author, and entrepreneur Steve Wayne, the idea of The Gift as a short film floated through Belcher’s mind for years. Likely, it was simply Belcher’s love for the story that spurred her onward, but perhaps the fact that the plot embodies so much of what it means to be an independent craftswoman of short films is the same thing that made it a very necessary story to tell.

The plot concerns a young boy named Bobby who carries around a bright purple gift given to him by his father on the day of his birth. When Bobby finds himself in unfamiliar surroundings, pressure mounts to forsake the gift in favor of fitting in. Like Belcher, Bobby possesses a gift that must be protected at all costs—and protect the gift Belcher did. In 2014, she enlisted the help of a cast and crew largely made up of first-timers looking to break into the film industry.

The cast in place, the crew assembled, the script was revised and polished umpteen times. All that remained to be secured was a budget. While many would-be filmmakers allow themselves to admit defeat at the sight of a five-figure budget, only the driven press onward.
Belcher and her team took to crowdfunding website Indiegogo to secure a large portion of the $30,000 budget. When it became clear that these online donations wouldn’t be enough, Belcher dipped back into her well of ingenuity and hustle and concocted yet another do-it-yourself solution. When the production team needed food and transportation for the three-week shoot, Belcher was able to turn her film into an opportunity for the Hong Kong business community to come together and hold one another up by striking deals with several local businesses.
One such business, Santa Fe Movers, provided two vans and drivers to help ferry the cast and crew from location to location. In exchange, Santa Fe Movers received free product placement within the film itself, which has now been seen worldwide. Belcher’s take on marketing the film was decidedly innovative, too: she successfully integrated social media and viral marketing by using the film’s eponymous MacGuffin—the Gift—to stoke the curiosity of moviegoers. Using a campaign that asked, “what’s in the Gift?” Belcher and her team were able to generate free publicity and valuable word of mouth simply by empowering audiences to let their imaginations run rampant. The spirit of indie is alive and well indeed. 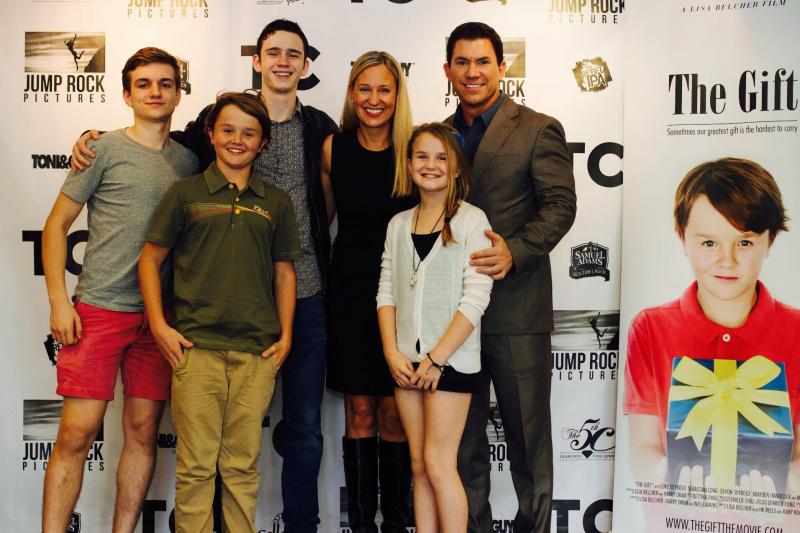 If The Gift is just that—a present—then Belcher is Santa Claus to a lot of newcomers who find themselves exposed to the international film community. First-time actors without a credit to their names are now being nominated for acting awards; a mostly novice crew was able to cut its teeth on a professional quality production they can be proud of; and Lisa Belcher herself has launched a flare into the sky and dramatically announced her coming out as a talent to watch closely in the coming years.
What’s more, Belcher and company find themselves rewarded for their enterprising spirit and diligent work by an enormous international reception with accolades to match. While The Gift makes its Austin debut as part of Austin Revolution Film Festival, the short has already garnered praised from 15 film festivals worldwide, including award nominations at the Idyllwild Film Festival, the Toronto International Film and Video Awards, and the Laughlin International Film Festival. The film has been an immense success throughout India and is currently being subtitled for a Ukrainian release.

Lisa Belcher and The Gift may be nominated for 7 awards at the Austin Revolution Film Festival—including Best Texas Director, Female Filmmaker of the Year, and Best Foreign Short—but the real testament to Belcher’s independent spirit is the very existence of The Gift itself.
Short films have no intrinsic value to the film industry at large, meriting little attention and no budgetary support. Short films only see the light of day if one woman is crazy enough to take her dreams from her brain to the page, to the silver screen. But Lisa Belcher isn’t crazy. Far from it. Lisa Belcher knew what she wanted from the second she finished her brother’s short story and wiped away her tears.
There was never a time when The Gift wouldn’t eventually become a reality. Lisa Belcher embodies everything it means to be an independent filmmaker with a vision, a relentless work hound who sets and exceeds her own standards of excellence—but again, Lisa Belcher is not crazy. She’s… gifted. The Gift screens Friday, September 23rd at 6:00 p.m. as part of the fifth annual Austin Revolution Film Festival. Be sure to visit their site for tickets and further details!

Where To Celebrate Oktoberfest in Austin