Chow Down on the Best of Austin BBQ 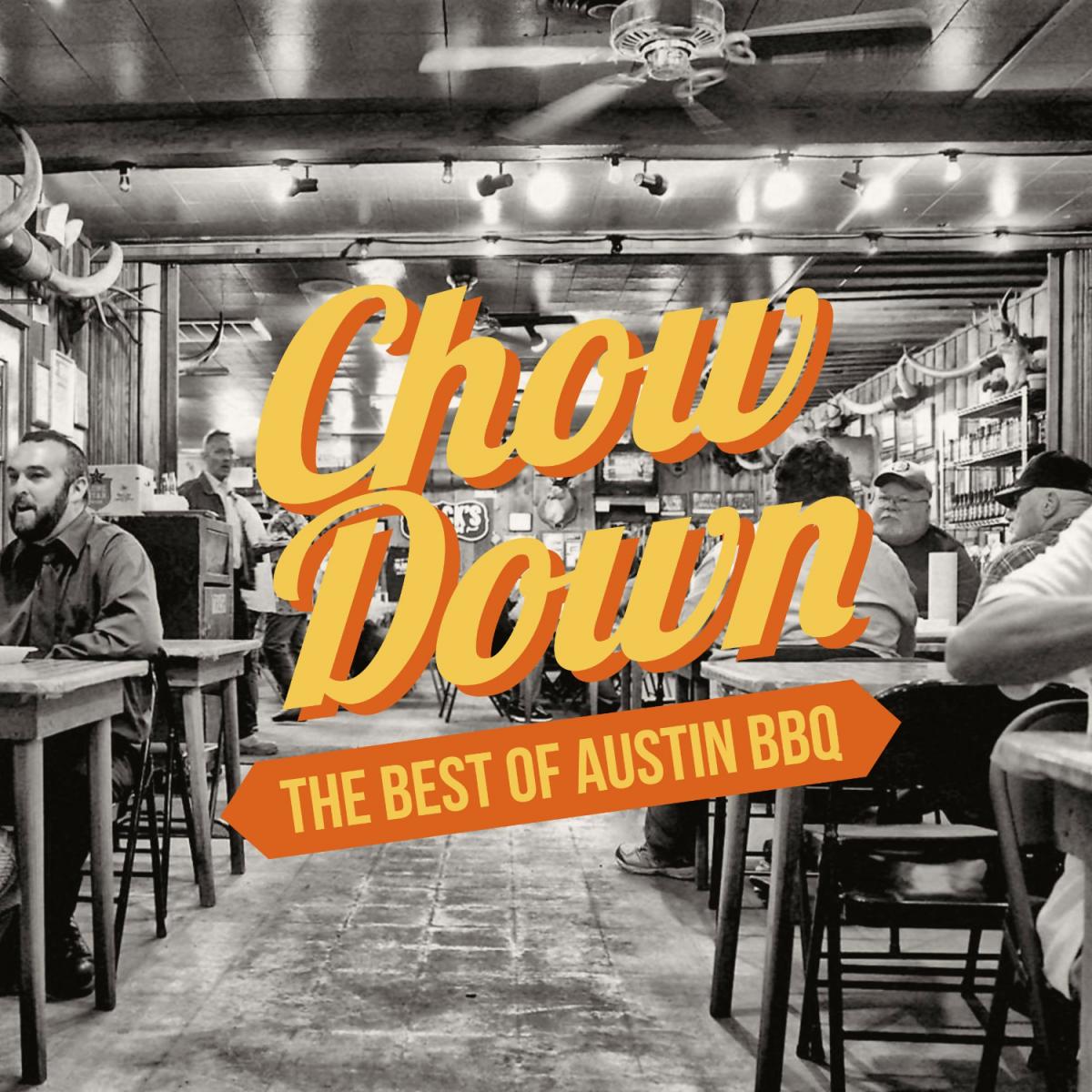 In a season filled with political strife and rampant uncertainty, comfort food remains the only constant…well, a comfort that provides respite from the trials and tribulations of the real world. Standing atop the pantheon is barbecue; equal parts sweet, spicy and smoky, the time-honored tradition of “BBQ” transcends region, age, and even political stripe. The beauty of barbecue’s essence is its simplicity: the meat is cooked “low n’ slow” over wood or charcoal, sealing in a melt-in-your-mouth flavor that’ll bring a tear to your eye. But perhaps what makes Texas barbecue tower above the rest is the recipe-by-recipe variation amongst the state’s favorite rib joints and brisket haunts—no two pitmasters curate the same meal. With a dizzying number of options available in Austin alone, we’ve compiled a definitive list of the very best The Lone Star State’s capital city has to offer. 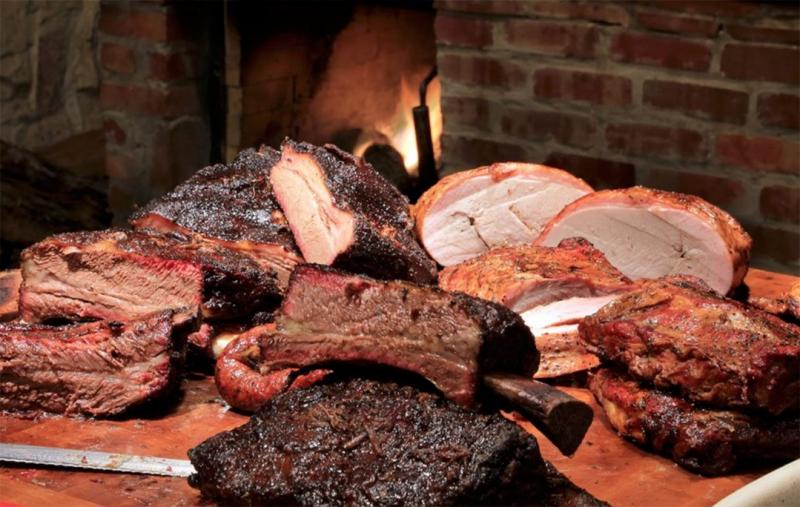 Black’s BBQ is one prong of a Texas barbecue dynasty that stretches back to 1932. Third-generation pitmaster Kent Black—easily identifiable to diners by his distinctive cowboy hat—offers up a decidedly unique take on brisket. Typical brisket recipes call for the meat to be smoked and cooked uninterrupted over a 14 to 18 hour period, give or take, but at Black’s, the brisket is cooked in a post oak-fired rotisserie for eight hours before being transferred to a chiller where it rests for 48 hours, sealing in its activated juices. The brisket is then transferred to a brick pit for four hours before it’s ready to hit the butcher’s block. The result is a sumptuous black char on the outside, with a smoky, buttery cut of meat on the inside. In a land where brisket is king, Black’s BBQ brisket is Emperor. 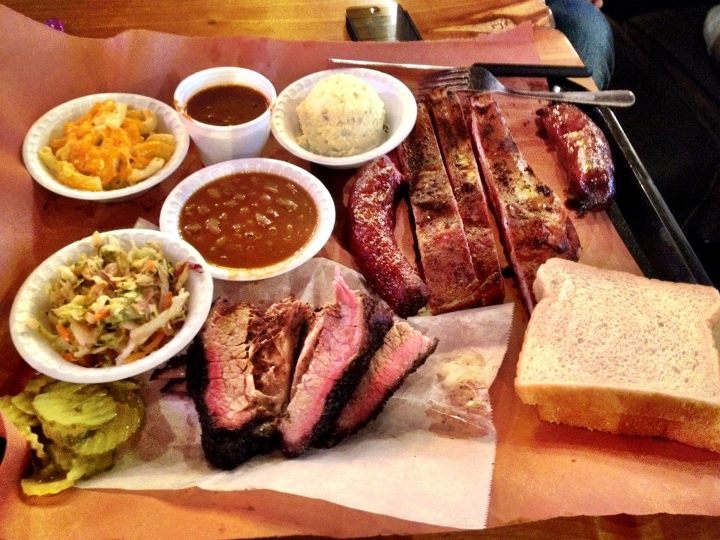 Here’s one for the pork rib lovers! The brainchild of businessman Shane Stiles and pitmaster Lance Kirkpatrick, Stiles Switch is unique for its locale—an unassuming strip mall where Richard Linklater’s Dazed and Confused was filmed. Don’t be fooled, though: the unassuming exterior belies a raucous outdoor patio where live music is often featured and Texas A&M-themed banquet hall (in Austin, of all places) that provides all the down-home charm one could want. But the real star of Stiles Switch is the pork rib. While many Austin barbecue institutions boast meat that “falls off the bone,” Stiles Switch rib meat isn’t going anywhere until you take a succulent bite. Once you do, you’ll taste tender pork that needs neither oodles of spice rub nor mop sauce—they’re literally perfect as is. A word to the wise: if you’re brave enough to sport Aggies gear in hostile territory, Stiles Switch offers you a free beer koozie for your troubles! 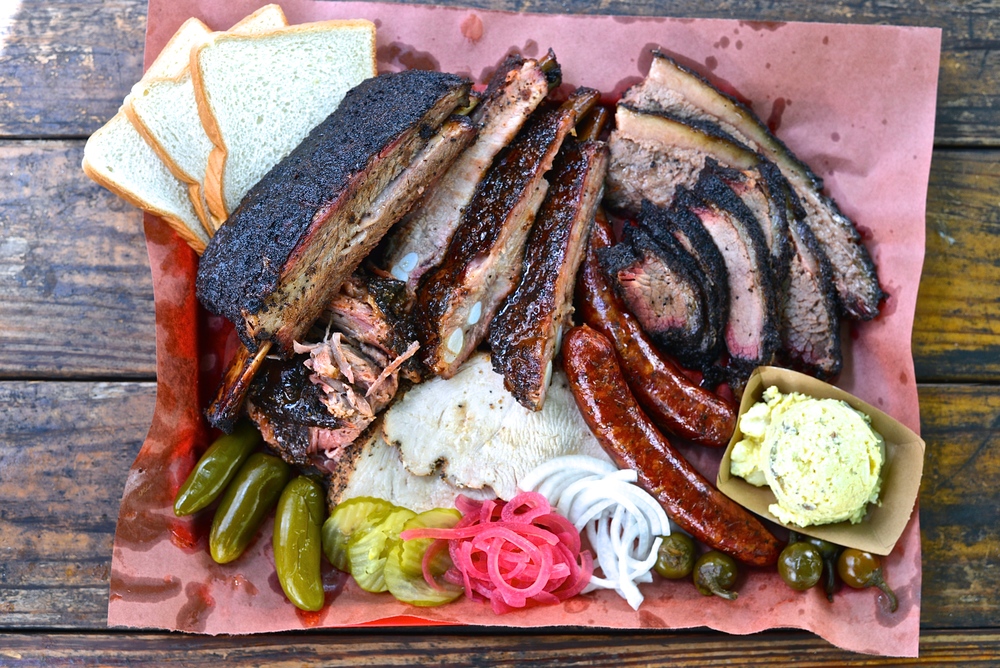 At La Barbecue, the restaurant’s origin story is almost as juicy as the meat it serves up. The grandchildren of renowned pitmaster and barbecue savant Louie Mueller, LeAnn and John Mueller opened their own barbecue joint in 2011—then called JMueller BBQ—only to suffer a contentious falling-out that resulted in LeAnn assuming sole ownership of the restaurant and rechristening it “La Barbecue.” But while this family drama raged on, new La Barbecue pitmaster John Lewis revolutionized the pit’s offerings, preferring to make the sausage on site and work exclusively with USDA prime brisket. The result is a brisket ringed in dark crimson and boasting flawlessly rendered fat that dissolves on the tongue like butter in a skillet. Pitmaster Lewis’ method: a wet rub comprised of yellow mustard, garlic powder, and pickle juice that allows more smokiness to be absorbed into the meat. The result is a full-bodied flavor that’s bursting with rich texture and the perfect amount of moistness. 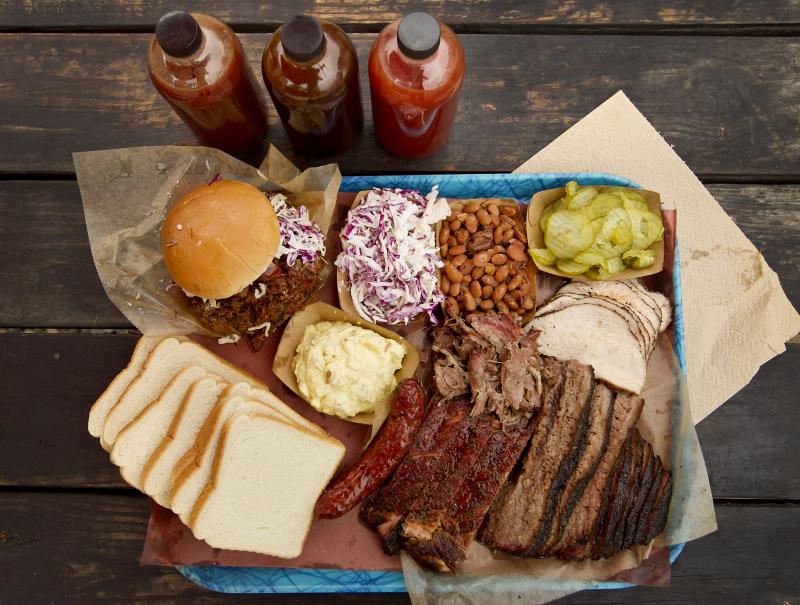 Arguably the crown jewel of the Austin barbecue scene, locals and tourists alike are prone to wait in line for hours just to snag a taste of Franklin Barbecue’s smoky perfection. Pitmaster Aaron Franklin got his start apprenticed to the aforementioned John Mueller and in 2009 opened his own BBQ joint; little did he know that what started as a nondescript operation run out of an old trailer would become a culinary sensation. Once again, the brisket is the pride of the pit here. Franklin uses hormone-and-antibiotic-free beef that’s more responsive to low heat than denser cuts of brisket you’re likely to find elsewhere. Whether you prefer burnt ends, fatty cuts or lean brisket all the way, this meat practically sings. While smothering brisket in a sauce is often a telltale sign of a greenhorn around Texas, Franklin provides an espresso-based barbecue sauce that blankets the meat in a subtly Picante, velvety layer of flavor to savor. Save room for the bourbon-banana pie afterward!

Admittedly, this is cheating a little—this joint is actually located in Driftwood, about 30 minutes southwest of Austin. Nonetheless, the famous Salt Lick merits special consideration when discussing the barbecue juggernauts of central Texas. The restaurant is nestled amidst the bucolic beauty of rural Texas. There are no coffee shops or comic book stores for miles, simply a vast expanse of sunbaked beauty that’s home to a barbecue experience that feels like hunkering down on Grandma’s farm for a big ol’ family dinner. A word of advice: opt for the Thurman’s Choice. A hearty sampling of brisket, ribs, and sausage, this platter is a mixtape of The Salt Lick’s greatest hits. Rib meat that falls off the bone, brisket you can cut merely by waving a fork over it, and homemade sausage that packs a crisp snap as you bite into it…take a moment to mop up your drool and plan your trip today. The Salt Lick is perfect for lazy weekend afternoon eats with the entire family—and don’t forget to BYOB!